Robert Ferry & Elizabeth Monoian are the founding Co-Directors of the Land Art Generator. They conceptualized the project in the fall of 2008, which was strongly founded by the spring of 2009.

The Land Art Generator is the recipient of multiple National Endowment for the Arts grants and has been awarded the J.M.K. Innovation Prize, a program of the J.M. Kaplan Fund.

Through the Land Art Generator Elizabeth and Robert have  published, exhibited, and presented globally on the aesthetics of renewable energy and the role of art in providing solutions to climate change.

Robert Ferry is a registered architect and LEED accredited professional with two decades of professional practice experience on both consultant and client sides. Following a decade of design and project management on sustainable new urbanist developments in the United States, he spent four years as a consultant on large commercial projects in Abu Dhabi, where his focus shifted to ways in which buildings can move beyond net-zero and contribute to the energy needs of the surrounding city. His concept designs pushing the envelope of building-integrated renewable energy technology have been published widely. Through the Land Art Generator, he is able to help support the critical role of architecture and urban design as part of a comprehensive solution to climate change. Robert is the co-founder of the Land Art Generator, partner at Studied Impact Design, and a graduate of Carnegie Mellon University.

Elizabeth Monoian (MFA Carnegie Mellon University) is the founding co-director of the Land Art Generator, an organization that is developing global partnerships between private and public entities around interdisciplinary projects that address issues of climate and sustainability through the lens of creativity. She works closely with cities, universities, corporations, arts organizations, and community groups to design customized approaches to renewable energy installations. Elizabeth has published, exhibited, and presented globally on the aesthetics of renewable energy and the role of art in providing solutions to climate change. Under her leadership, Land Art Generator has received multiple National Endowment for the Arts grants and has been awarded the J.M.K. Innovation Prize, a program of the J.M. Kaplan Fund. 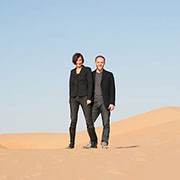 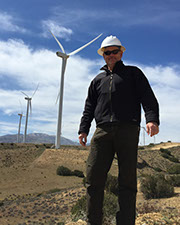 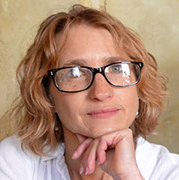 Todd Bartholf is an independent renewable energy consultant and has been active in the industry for over 35 years.  He founded his first solar and wind contracting firm in Colorado at the age of 27, was president of an internationally respected systems integration design-build contractor for high-reliability renewable energy applications from 1988-1991 and a senior program officer with the renewable energy team at the international development assistance NGO, Winrock International, through 1996.  More recently he held the position of Global Market Segment Director for Renewable Energy at a multinational Fortune 100 environmental engineering firm where he led the design and delivery of numerous large-scale initiatives for a variety of clients in both the public and private sectors, including as energy team lead for the company’s overall project manager role on the MASDAR project in Abu Dhabi from 2006-2010.  He has related experience in more than 15 countries and his current work includes providing strategic and technical support to a number of US-based commercial and industrial clients seeking to reduce their carbon footprint through commitments to the purchase of clean energy.

Deborah Hosking is a media professional, fine artist, and photographer whose career has crossed continents, disciplines and media. Painter, photographer, video/installation artist and filmmaker, her work has been seen in New York, Hong Kong, Paris, Los Angeles, Prague and, of course, Pittsburgh, as well as in film festivals around the country, with a number of awards to her credit. She holds a BFA from Carnegie Mellon University and an MFA in Film & Digital Media from Chatham University. 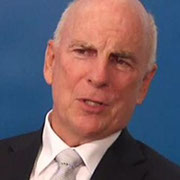 Chris Choa creates sustainable urban value with outcome-oriented masterplanning and program management.  An advocate of impact investment, he is known for his entrepreneurial initiative and as a catalyst for growth.

A Global Trustee of the Urban Land Institute, Choa is an active board member for a wide range of organizations related to real-estate, urban mobility, energy, and digital design.

Prior to OUTCOMIST, Choa led AECOM’s Cities Consulting practice, and was an appointed advisor to the Mayor of London. He is a frequent public speaker and moderator. 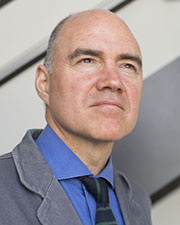 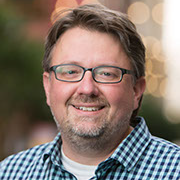 Dr. Pasqualetti focuses his research, teaching and service to the topic of energy. He is widely known in the US and Europe for his pioneering work on identifying and explaining energy landscapes, especially those related to renewable energy.  His publications focus on renewable energy and energy landscapes; energy and society; the energy/water nexus; energy/land use conflicts; and the public acceptance of renewable energy.  He regularly teaches several university energy classes including The Thread of Energy, Energy in the Global Arena, Energy and Environment, Recycling Energy Landscapes. Dr. Pasqualetti serves on the editorial boards of several journals, including Energy Research and Social Science; Journal of Fundamentals of Renewable Energy and Application; and Computational Water, Energy, and Environmental Engineering (CWEEE). He is Associate Editor of Environmental Sciences: Journal of Integrative Environmental Research. He is on the International Advisory Board of the Moravian Geographical Reports Journal, and the West Virginia University Press - Energy and Society series. He co-authored and co-edited "The Renewable Energy Landscape: Preserving Scenic Values in a Sustainable Future", published by Routledge (2017). The Environmental Design Research Association (EDRA) and the Project for Public Spaces recognized the value of this work, designating it the winner of the 2017 Place Research Award, one of four Great Places Awards given annually. Recognitions include the Alexander and Ilse Melamid Gold Medal from the American Geographical Society; ASU Honors Research Professor; Environmental Educator of the Year (Association of Energy Engineers), Lifetime Achievement Award (Renewable Energy Task Force), Visiting Faculty Fellow (Barrett Honors College), Co-Curricular Professor of the Month (ASU), finalist for the ASU Professor of the Year.

Tim Mollette-Parks, a California-based landscape and urban designer, is an Associate Principal at Mithun where he leads the interdisciplinary design firm’s landscape architecture studio in San Francisco. Originally hailing from the hills of eastern Kentucky coal country, the relationship between energy production and landscape issues is deeply rooted in his DNA. He comes to the board with a passion for working at the intersection of energy infrastructure and design expression that mirrors LAGI’s goals and ambitions. During his graduate research at UC Berkeley, Tim focused on the capacity for energy development to serve as both infrastructure and placemaking. That idea culminated in two design-as-research projects that sought to unlock this potential. One, an exploration for the potential to harness wave energy off the coast of Ocean Beach in San Francisco; and the second, a ‘renewable energy pattern language’ developed for the city of Hercules, Calif. Within this project, a new system of sculptural renewable energy interventions were grafted onto existing and planned developments within the city to feed directly into Hercules’s already existing municipal utility district. This project was a selection for the UC Berkeley National Energy Symposium in 2009. Professionally, Tim has contributed to the University of Buffalo ‘Solar Strand’ while working for Hood Design. This project links energy use, artful infrastructure and outreach through personal technology devices to connect students and staff to their energy footprints. His role on the project expanded the concept of ‘energy’ to also engage the potential of the surrounding landscape, re-establishing vernal pools and productive meadow ecosystems on the site. Now at Mithun, his landscape and urban design work continues in many aspects of the public realm, including projects in affordable housing, educational campuses and workplace gardens. In addition to his professional work.

He is a previous Olmsted Scholar National Finalist for the Landscape Architecture Foundation (LAF) and continues to do volunteer work with the LAF.  In his previous career, Tim worked  as a print journalist at daily newspapers and special topic magazines throughout the U.S. He also fronted a successful Chicago-based bluegrass band during the early 2000s. 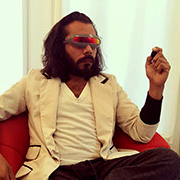 Víctor Pérez-Rul (Mexico, 1983) is a multidisciplinary artist, whose ongoing artistic research about energy and life merges futurism, natural sciences, cosmology, and engineering with a strong interest in collaborating with industries, institutions, cities, and landscapes. His solar sculptures, experimental collaborative projects, and large-scale installations propose and explore new ways of understanding and perceiving the universe, energy, and the living.

Victor has worked with art curators such as Leslie Moody Castro, Barbara Perea, and Mary Mikel Stump. His work has been showcased internationally at both group and individual exhibitions in the Netherlands, Germany, South Korea, Italy, the United States and Mexico, as well as at official institutions, renowned art fairs, public and independent spaces. Some examples include the Unpainted Art Fair in Munich, the Visual Art Center at the University of Texas in Austin, the Southwest School of Art in San Antonio, Texas, the South by Southwest festival and the Imago Mundi Luciano Benetton Collection. Victor’s work has been supported by the National Endowment for the Arts in the United States (NEA) and the National Fund for Arts and Culture (FONCA) in Mexico.

Victor has lectured and talked at public and private institutions such as the Energy Institute (UT), the Visual Art Center at the Texas University in Austin (VAC, UT), MIREC Week Mexico, the Emma S. Barrientos Mexican American Cultural Center (MACC), Ibero-American University (IBERO), the Monterrey Institute of Technology (TEC), the National Autonomous University of Mexico (UNAM, Faculty of Arts and Design), the Autonomous University of Queretaro (UAQ), the University Museum of Contemporary Art (MUAC), and the Laboratory of Art Alameda (LAA), among others. He has collaborated with institutions such as the VAC, the Center for Latin American Visual Studies (CLAVIS), the Emma S. Barrientos Mexican American Cultural Center (MACC), the Energy Institute at the University of Texas (UT), companies such as SOLARTEC Mexico, and associations such as ASOLMEX (Mexican Association for Photovoltaic Solar Energy).

In 2017–2018, he collaborated with the London School of Economics research, directed by Raversbourne University, regarding the user experience of the first existing commercial artificial sense: North Sense by Cyborg Nest, having himself experimented with the transition into a cyborg through the integration with his body of the artificial sense of electronic orientation fabricated by Cyborg Nest.

Victor’s quest is a neo-futurist approach to the problem of understanding the multidisciplinary crossing between energy and art, urbanism, architecture, and the reconception of our role in the planet. 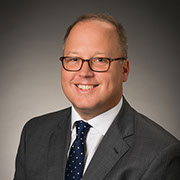 George is a member of Metz Lewis Brodman Must O'Keefe LLC, where he chairs the firm's corporate practice group.  Prior to joining Metz Lewis, George practiced in the Washington, DC area.  Throughout his career, he has represented businesses in various transactional and commercial matters, concentrating mostly in mergers and acquisitions.

George is a 1993 graduate of Harvard University where he studied Modern European History.  Following his undergraduate work, George attended the University of Michigan Law School and graduated in 1996. 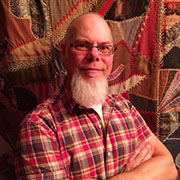 Paul Schifino, received his degree in Graphic Design from the Art Institute of Pittsburgh in 1979. His professional work has been recognized by publications including: Communication Arts (CA), Graphis, Print Magazine, How Magazine, and ReadyMade magazine. His personal work has been included in exhibits at the Andy Warhol Museum (AMP), the Mattress Factory (Gestures #4 and #14), TRAF Gallery (By Design), the TRAF (Best of Pittsburgh Show), FE Gallery (Pittsburgh 250), and SPACE Gallery (The John Show) among others. His work is also included in the permanent archives of the Mattress Factory.